The park covers an area of 41,330 ha on the northern part of Lombok and locates the three administrative district of West, East and Central Lombok. The area covers 12,357.67 ha in the west, 22,152.88 ha in the east and 6,819.45 ha in central Lombok. Mount Rinjani dominates the National Park of Lombok, an island east of Bali on the Indonesian archipelago.

At 3726m it is the second highest volcano in Indonesia, part of the infamous ring of fire that encircles the basin of the Pacific. Within the crater is the spectacular Segara Anak lake and the still – active volcano Gunung Baru (2,363m). It is surrounded by further 66,000 ha of Protection Forest also covers the three administrative districts. The park ecosystem is in the transitional zone between Asia and Australia (Walaceae zone). Average rainfall is about 3,000mm annually.

Gunung Rinjani is rich in variety of flora and fauna and vegetation types. There are families and more than 500 several of floras found and about 50 species of plant to be used for traditional medicine. While fauna in Gunung Rinjani is about 12 mammal reptiles species, more than 50 birds species and more 50 several of butterflies which are protected and has limited area of spread. On the south western side of mountain the most eastern extent of primary rain forest in Nusa Tenggara. This give away monsoon forest and drier climate in the east, and savannah in the north east. Note, flora includes the everlasting edelweiss flower (anaphalis viscida), tiger orchid, alang-alang grass (Imprerata cylindrical), cemara trees (Casuarina trifollia dan caruarina ocidentale).

Mount Rinjani, one of the over 50 National Parks through out Indonesia and 21 become National Park model included Gunung Rinjani National Park, it was established in 1997 and is valued and protected for its spritual as well natural values, and is worshipped by thousands of Balinese as well as Sasak pilgrims. Hot springs near the crater lake a sought after for their healing powers.

Over 38 villages spread out in 12 sub-districts surround Mt. Rinjani and there are many routes up the mountain, but the main access is from Senaru in the north and Sembalun to the east. The challenging three-day Rinjani Trek routes from Senaru to the crater rim (Plawangan), down to the stunning crater lake then on to Sembalun, is considered is the best trek in South East Asia. Those heading for the summit usually prefer to start in Sembalun.

The village of Senaru is the main gate way to Mount Rinjani National Park the most popular start point for the three days Rinjani Trek up Indonesia’s second highest peak (3,726m). For the people of Lombok Sasak and Balinese alike, the volcano is revered as a sacred place and the abode of God. Within the spectaculer crater, Segara Anak Lake is the destination of many pilgrims who place offerings in the water and bathe away disease in the nearby hot springs.

A model for ecotourism in Indonesia, the community-based activities are focus on the Rinjani Trek Centre in Senaru, the most populer starting point for the tough trek. Developed with New Zealand Government Assistance since 1999, the Rinjani Trek Centre embodies under one roof (satu atap) the unique partnership of the National Park, tourism industry and local communites that has been forged to manage and protect the Rinjani mountain environment.

I’m Sumatim the owner of Rinjani Trek Company, the first Mount Rinjani guiding service in Senaru. I love to hear from you for trekking Rinjani with us. So, my team and I can provide  you with high-quality services and affordable price. Please book through Rinjani Trek Company and definitely get an unforgettable experience . 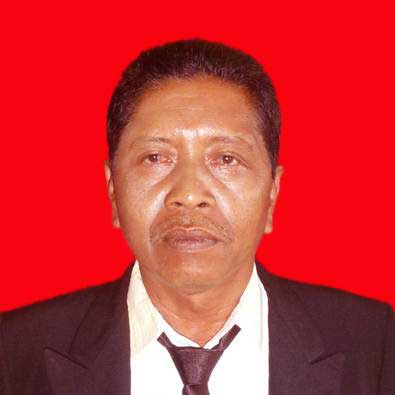 We are, quite simply, the first guiding service on the mountain. As the best Rinjani tour operator, we provide the highest quality service at a reasonable cost.

Please, do not hesitate to give us a phone call or a WhatsApp or a WeChat message. We are more than happy to best serve you.